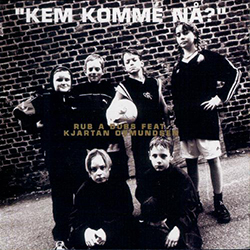 This is a song for my favourite football team, VIKING. Just the name of the club is sensational. The best brand in the world, if they could only discover it and dare the link to pagan warriors.
I got The Trombonist to play the opening to Led Zeppelin's "Immigrant Song" and this starts off the tribute.
As the words are in norwegian, our foreign friend will maybe have some difficulty getting the. Let me assure you that they are describing the anticipation of the release of the forces of nature. As in footballmatches involving Viking and in the anticipation of our Goddess of fertility and spring, Frøya, as well.
Kjartan Osmundsen does a great job on the vocals and a whole classful of norwegain youngsters sing on the refrain. Second cut is a dub version. Go go go....